Instead of cautiously optimistic, I was more like cautiously desperate.

June 16, 2014, was a new beginning. Jessica’s first day of school (for about the 20th time.) This time at a center for adults and children with intellectual disabilities. Transportation was not worked out yet, so I took Jess to a drop off point to meet the bus.

Even though she was 26 years old, I worried about her during the day like I would have if she was still small. I wanted her to be safe and happy. During the day, I got one phone call from her. She was okay. A little stressed and anxious about something that she was unable to express to me, but overall seemed okay.

Because of her communication disorder, she was not able to come home and describe her day, but as the evening progressed, I got bits and pieces by listening to her self-talk. As I would hear a tidbit, I could then mention it to her and get a few more details. Here is what I was able to put together about her first two days.

Her teacher told her to stop staring at her (the teacher) and do her puzzle. Did this teacher understand that Jessica is blind?

On her second day, transportation was supposed to have been worked out, but that morning the bus never came. I drove her to the drop off point again.

After lunch, while I’m training on my new job, I got a phone call from Jessica. She was hysterical. She said she was being punished for misbehaving and did not get to leave the room to do anything. Later that evening, Jessica managed to tell me that during the morning she did a puzzle, then when she was told to do it again, she said no because it was boring. That was the trigger and led to her getting in trouble.

The teacher also told Jessica to stop talking and be quiet. At home, I heard Jess talking to herself, obviously repeating what she had heard from someone, saying, “that’s why your mom sent you here, to correct your behaviors.” (certainly not!)

Jessica was able to tell me that day she read 3 books. When I asked who read them to her she said, “Nobody.” That was interesting since Jess doesn’t read

At the end of the day, no one knew what to do with Jess. She did not get put on a bus. Jess told me later that her teacher had driven her to the drop off point and then someone else drove her home.

My biggest question was had the teacher had even seen Jessica’s ISP? Did she know anything about 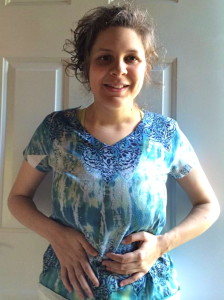 Jessica? Does she have any understanding of Autism? This scenario had happened before when there was an assumption made that a teacher and staff knew Jessica’s background, diagnosis, and functional level when actually they did not.

The plan in Jessica’s ISP was for her to move around, be in different places, help other people … not sit at a desk and do puzzles and be told to be quiet. She is very smart and gets bored with sitting super quickly. Her attention span is about 5 seconds long.

Jessica always talks and self-talks. She talks from the moment she wakes up until the moment she falls asleep at night. That is who she is and is not going to change. I am not opposed to rules and structure and appropriate times to be quiet. But I did not send her to this school to be told to be quiet and sit in a desk. I was not that desperate. I sent her to interact, talk, be stimulated, and happy.

Instead, after the second day of school, I was consoling a crying Jessica from the time I got home from work until she fell asleep that night while saying, “Mama don’t leave me,” over and over again.

What a disappointment. It seemed obvious to me already that she was not with the right teacher. All the planning and discussions about having a smooth start, about being in the right setting for her, and her ISP was just a waste of time.

BUT…I still really needed this to work. At that point, I was four days from leaving to go on my work trip. I was counting on her being at school the following week. It had to work. I contacted the only person I knew at the school. The person that we had worked with for two months. I explained all of the things that had occurred and let her know that it was not acceptable. I reminded her that Jessica’s previous teacher had offered to come help with the adjustment at any point.

Then, I asked for help. What could we do to make it better?