This is a follow-up to my post, To Braille or Not to Braille.

I recently read an article from the National Federation for the Blind, When Should A Low Vision Student Switch to Braille? The author describes her experience with a specific student who was struggling to be a print reader. He had to put his nose to the paper and hold one eye shut to read. When she first met him, she wondered if he would benefit from Braille. He was in first grade at that time. For several years they experimented with a combination of Braille and print. As the years passed, it became more difficult for him to keep up with his school work. By 5th grade, he switched to all Braille. The difference in his academic work was described as astounding. Based on her experience with this student, the teacher stated, “Braille should be the first choice when students with low vision are taxing themselves to keep up.” The difference after the student switched to 100% Braille was that he was independent, could read for hours at a time without fatigue, and he had more time to enjoy himself.

Over Jessica’s school years, we sort of had this debate to a small degree. Jess can see really large print. But, it is a slow process of looking at one letter at a time. And, the size of the print has to be larger than what is considered ‘Large Print’ in terms of publications. I have sometimes wondered if it had been that she could not see the really large print, if my argument for teaching Braille would had been more successful.

One morning this past week, I awoke thinking about Braille. In my vision, we were riding in the car on the way to Disney World, and I got out some old Braille homework to show to Jess to see if she still had an interest. In my vision, not only did she have an interest, but she was able to read it, and we rejoiced.

As far as I can remember, we have not had the Braille out in about five years. Jess had eventually learned her letters, numbers, and some words and contractions before graduating. She ha 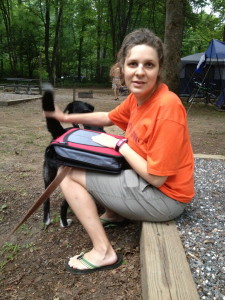 d also learned how to use the Braille writer. The thing that had her interested and engaged at the time was typing a simple journal with the help of a vision teacher and parapro.

The same morning I woke thinking about Braille, I got up and went about my day. But at some point, Jess came to me about something. I decided to show her the old Braille 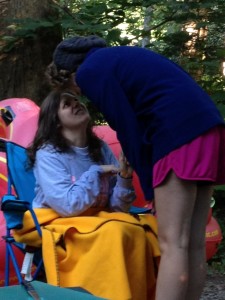 homework I had found. She excitedly said, “Oh, you found some Braille!” I put her finger on the beginning of a line where she had typed letters. With ease, she read the entire line of letters. There was no hesitation. It was incredible. So incredible that I wondered if she was miraculously seeing the letters written in small print above the Braille letters. So, on the next line, I covered the written letters. She read them again. I was so proud of her I almost cried. Later, I dug deep into a closet and found a few old braille flash cards with words. I picked out a few of her old favorites and she read those too. Jessica promptly announced she wants a Braille writer. It is not the first time she has asked for one. She has asked from time to time. But they are VERY expensive, and I do not know that she will actually use one enough to justify the investment.

I always knew Jess could learn it. And after all these years, she still remembers what little she had the opportunity to learn. How amazing that those little soft delicate fingers of her would still have that connection. It is exciting and sad all at the same time. The biggest 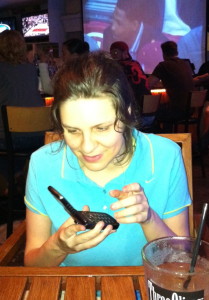 issue with continuing to teach her is her attention span. That is the real challenge. I still believe if she could make a real connection with a simple book or a story, that she could learn to enjoy it and then be self-motivated.

But, as Jess would tell you, right now she’s too busy honey…