I have only flown with Jessica one time and that was when I was 19 and she was 10 months old. Our travel was from Chattanooga to Houston. Other than the struggles of navigating the Atlanta airport while carrying Jess, a diaper bag and a carry-on, the trip was relatively uneventful.

This past year, there was a story in the media about a family getting kicked off a commercial flight because the 15-year-old daughter began to have a meltdown related to food. The mother had ordered the only in-flight food on the menu that was hot, and when it came it was cold. When the mother explained she was trying to avoid a meltdown, the flight staff refused to assist by getting her any hot food. The captain made an emergency landing and the family was escorted off by police, even though other passengers protested and asked them to leave the family alone.  Wondering what was the big deal about hot versus cold food? Autism. (Read more about autism and Food Selectivity)

The big deal was, the autistic teen did not eat cold food. That whole story struck a chord with me because, from what I read of the incident, Jessica is very similar in her food preferences. 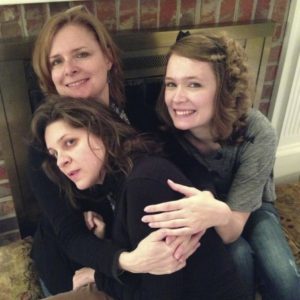 Jess is also very sensitive about certain things of hers not being touched.
For example, the #1 item we try to avoid touching, brushing up against, or going anywhere close to is her cell phone. If it is in her pocket and we give her a pat or a hug, we have to go through long question and answer sessions about, “did you touch my phone?” Because, in her world, if we touched it, she might have lost some of the programmed phone numbers. Long sessions could mean a whole day of needing to reassure her that nothing got deleted from her phone. Although we know that piece of info about Jess and her phone, most people do not. They have not been exposed to the ongoing consequences of having touched or moved it. 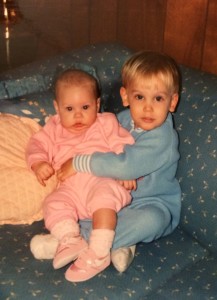 The following  was written by a cousin who is about a year older than Jess and who has known her his whole life. I sincerely appreciate his desire to create awareness and his willingness to let me share this story on my blog.

Confusing “at risk” with “uncomfortable”

I’m sharing this to bring awareness to something I feel is incredibly important. While taxiing to the runway earlier, an autistic passenger had a small breakdown because her seat-mate moved her backpack to make more room for their own extra bag. It was a little disruptive, but wasn’t a big ordeal overall. Regardless, a man across the aisle became irate, yelling and motioning wildly and finally jumping up and demanding to be let off the plane immediately because the girl was “a safety issue” and made him feel “at risk.” (I think he was confusing “at risk” with “uncomfortable.”) Since we were on taxi, there was a delay and the entire crew ended up getting involved. Although things settled quickly, the man said he would “stay for now, but would have to see what happened” for the rest of the flight.

So here we are at 35,000′ with another four hours in the air. In what I’m sure will be four hours of reflection, I have so many questions. “At risk for what?” primarily. This is a teenage girl; she’s a human, not a monster. How are you at risk by sitting near someone who isn’t your definition of normal? There’s such a lack of understanding in our society when it comes to those even slightly different from ourselves. I had a conversation with the incredible flight crew and offered my seat to the man, should he end up deciding he’s “at risk” again. But I have to ask myself, would this even help this situation or would it only validate his feelings there’s somehow something unsafe about the girl?

(Rob went on to say that the flight attendants and he were all somewhat surprised at just how callous the other passenger was about the situation and Rob is hoping the man soon learns that autism doesn’t equal danger. “It’s unfortunate, and I wish people would do more to seek understanding before letting panic take over. I’d say jumping up into the aisle while we’re taxiing to the runway would qualify as a risk.”)

Thanks for promoting awareness to this issue Rob!