The negative response by the superintendent to our family’s request for a teacher for the autistic was a real blow. After all the years, the resources, and the energy to get the autism diagnosis, it felt like a real defeat. And so we went on… year to year, making the best of each school, each class, each opportunity, and each situation.

However, there is something very important that I have not yet addressed, and I want to address it now. It is a very

important factor and the thing that sustained us through the school years. Even though we were dedicated advocates for Jessica and we fought so emphatically for what we felt she needed and deserved, we loved and still love our school system and the people who work in it! There were wonderful, precious front-line individuals within the school system who loved 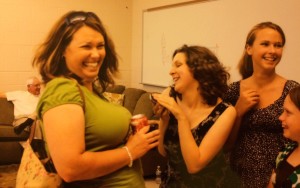 Jessica all during those times of frustration and discouragement. I think about the teachers who, with few exceptions, gave Jessica such love and support. The wonderful paraprofessionals who really understood her are still in her, and our hearts, and will be a part of her life forever. There were coaches, principals, and all the people who enjoyed and delighted in her. The students, who not only accepted her but gave her such positive support, added to her joy in life. I remember how touching it was when they stood as one when she walked across the stage at graduation.

his is my community, and I wanted Jessica in our community schools, not elsewhere (until later when Jess decided she wanted to move far far away). This school system is my school system. It is not only my alma mater, but also the alma mater of my other two children, my siblings, my parents, my grandparents, aunts, uncles, and some cousins. That school 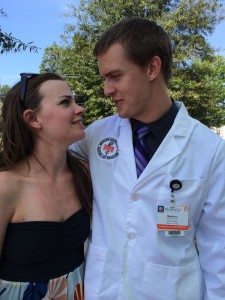 system was the foundation for family achievements such as acceptance to Mercer School of Medicine, and most recently acceptance to Massachusetts General Hospital Institute of Health Professions (congrats Sarah!), becoming a BSN, Registered Nurse, a Police Captain at the Chattanooga Police Department, a Manager at a top 10 employer in the Chattanooga area, two attorneys, a Professor and Chair of  Department of Pharmacy Practice at a University, and an Associate Director of Culinary & Hospitality Services at the 5th largest university in Georgia, just to name a few. (check out Culinary & Hospitality achievements at KSU!)

Oh…over the years we still had disagreements with school personnel. They were mostly about Jessica’s abilities and potential. Occasionally, they were about really dumb things like being forced to eat egg salad (seriously). The thing we disagreed about the most was Jessica’s ability to 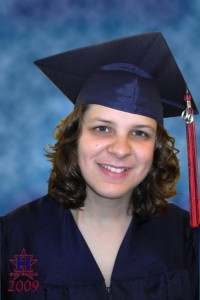 learn to read. I wanted her to be literate. I knew she could do it. I was told I just did not understand Braille and that she could not learn it. I had my opinion; some teachers had the opposite opinion. Those teachers won that battle during her formative years, when the love of reading can be instilled. I did not lose that battle. Jessica did. Years later, their theory was finally proven wrong. Was it too late? That’s another day, another post.

Most of Jessica’s school career, she did not have what I would consider an appropriate placement. The biggest problem for Jessica was not placement, per se. The problem was that there were not appropriate programs in place when she needed them. She was always one step ahead. With each level of her schooling, by the time the programs she needed were established, she had moved on to the next school, the next stage, the next need.

Jessica was a pioneer.

She was the transition.

Next:  To Braille or Not to Braille