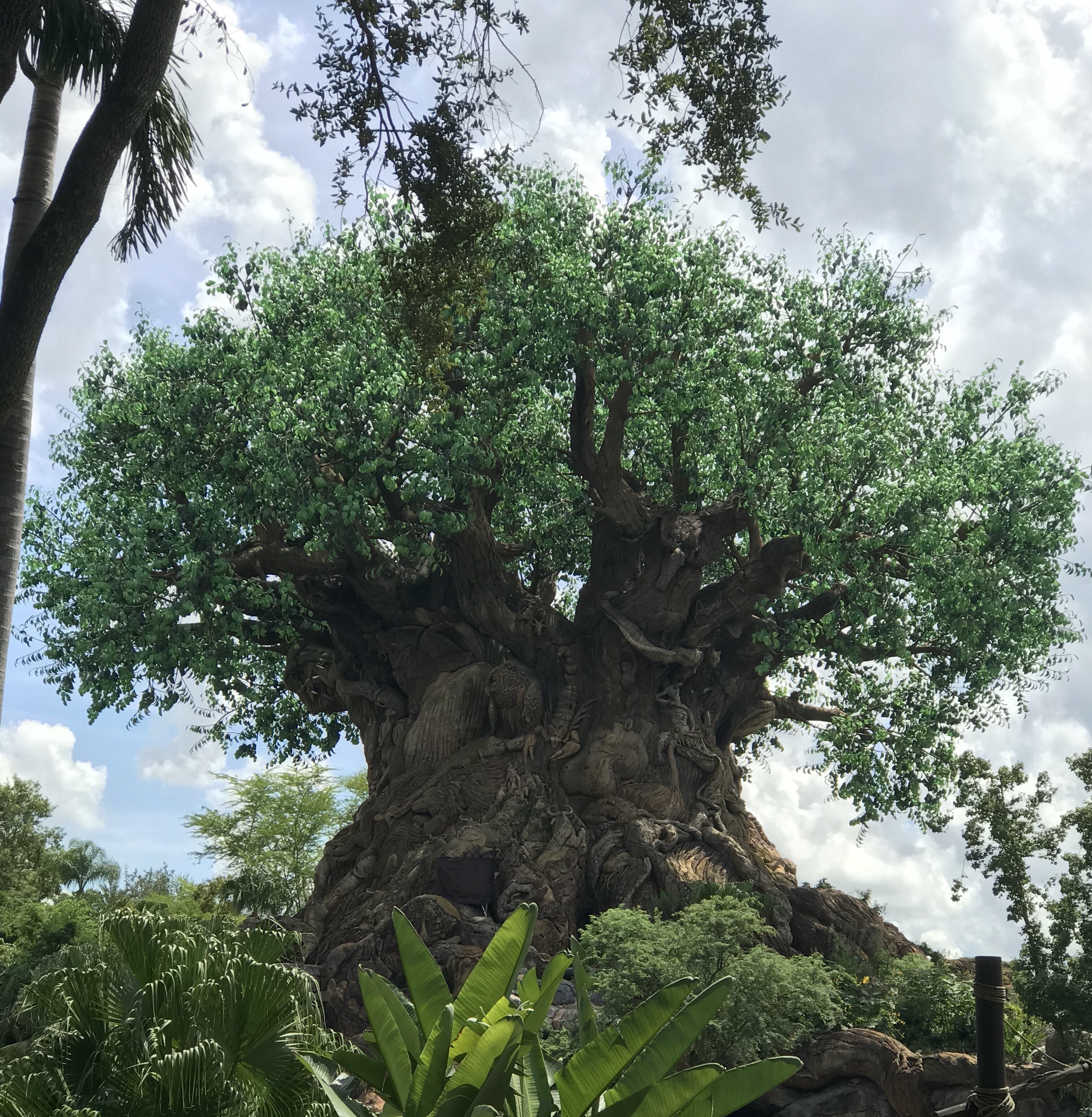 Day #2 started off back at Animal Kingdom, and straight back to Expedition Everest. There is a nice viewing spot close to the entrance and we went there to wait for our fast pass time. Probably not the best idea, because Jess was close enough to get a real feel for the power of the coaster, and the screams of the riders.

Please keep in mind that Jess has ridden this coaster a couple of times in previous years. It was only last years visit that she backed out of riding. So, we tried to talk her through it and encouraged her that she could do it.

I promise that we didn’t make her. Jess chose to ride and in the beginning she tried to keep herself calm. Her methods didn’t work. I won’t be talking her into it next time. She screamed bloody murder through the whole ride. She was brave though. Afterwards she was almost convincing when she said the ride wasn’t too bad.

Following a trek through the Maharaja Jungle, we headed to Kali River Rapids again. As usual, it was lots of fun. Check out the video – Jess cracked us up.

Why did the giraffe cross the road?

To make Jess have to wait longer I guess. While we were waiting for the Safari, a giraffe apparently took a break right in the middle of the road. I pulled out the noise canceling headphones for the first time ever and it helped. Once we boarded and got going, she enjoyed.

After that, we decided it was time for our break at the resort. We had been there 4 hours which seems to be the right time frame for our excursions. 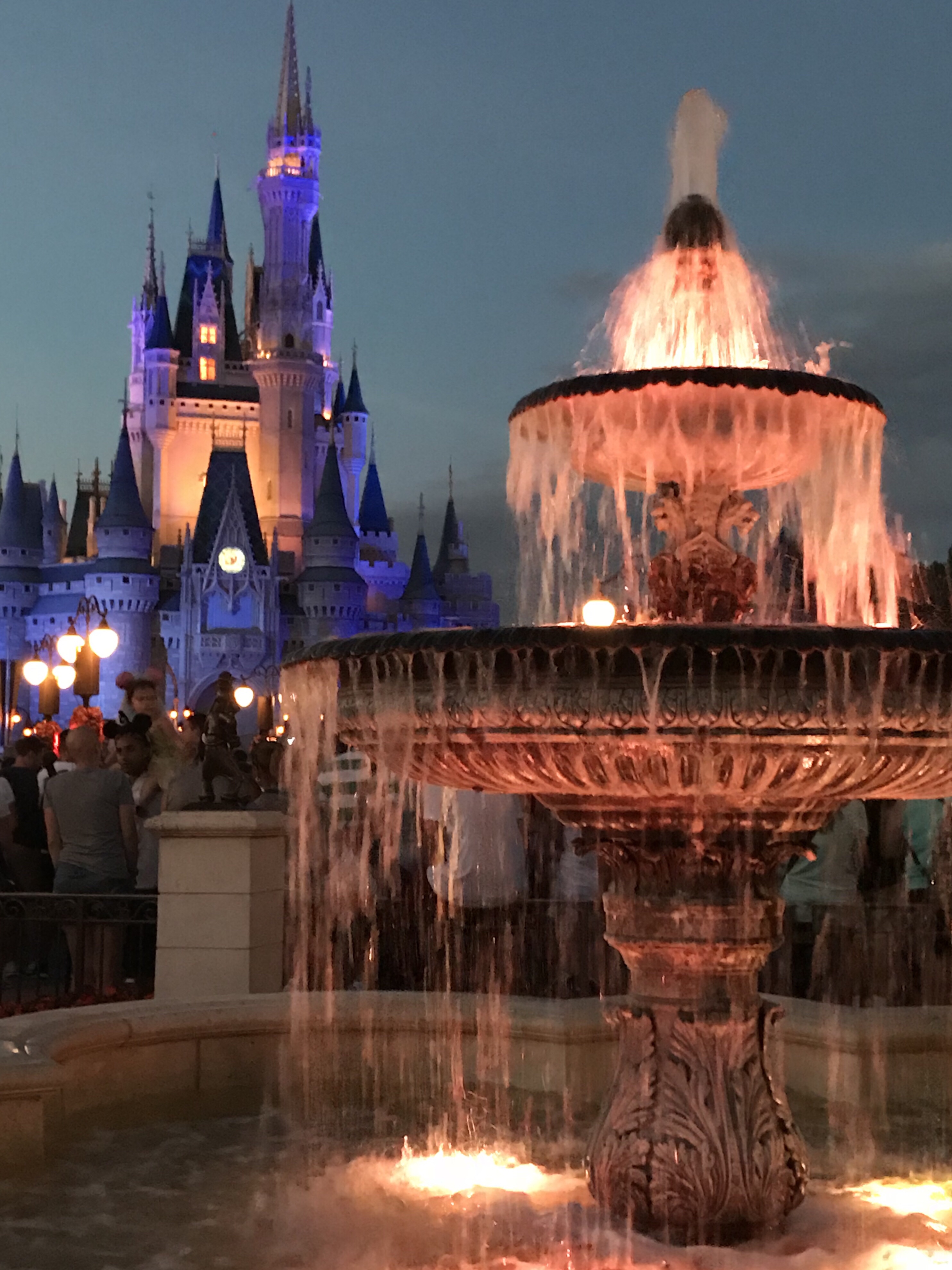 And we’re off to the very magical kingdom, mainly to watch a show. First, strait to Goofy’s Barnstormer we went. J’s choice. It’s basically a kiddie roller coaster. As is J’s pattern, after we waited in line and it was our turn to get in, she suddenly wants to back out.

There was no time for debate, it was time to step in to our seat. I quickly convinced her to proceed. Again, she screamed like someone was slowly stabbing her with a butter knife.

Maybe adrenaline triggered it, but after that ride, Jess started talking non-stop. She talked, spreading lots of awareness to our very full boat in It’s A Small World, as well as through her 4th meal of chicken nuggets & fries since Saturday. Jess entertained the nice people surrounding us for the nighttime show with talk, giggles, squeals, and happy screams.

While the bus driver was locking her wheelchair into place, she talked to him. His name is David. He has lived in Florida for 22 years and loves it.

We arrived back at our resort room before 11pm. At bedtime, Jess finally stopped talking and fell asleep in about 5 seconds.

Once upon a time, a family was steaking a claim on a viewing spot for a show. There was this nice Dad who went to get Mom a Dole Pineapple Whip for her supper.

He left on his trek around 7pm. Around 7:20 he arrived back empty handed because he hadn’t found the location to pick up the already purchased yummy treat. Mom was really looking forward to that treat.

So at 7:30 that nice Dad headed back out on another trek to find it. After a while the Mom started watching the growing crowd, looking for that Dole Whip to show up. Dad had not taken his phone with him.

The daughter got a case of the giggles about the missing Dad and wondered if he was going to miss the show. Luckily, they delayed the show 10 minutes to give him time to find his family.

After the show, Mom and daughter waited on Dad. He didn’t come. Unsure of what to do, off to Pirates of the Caribbean they went hoping he would be there since they had fastpasses after the show. 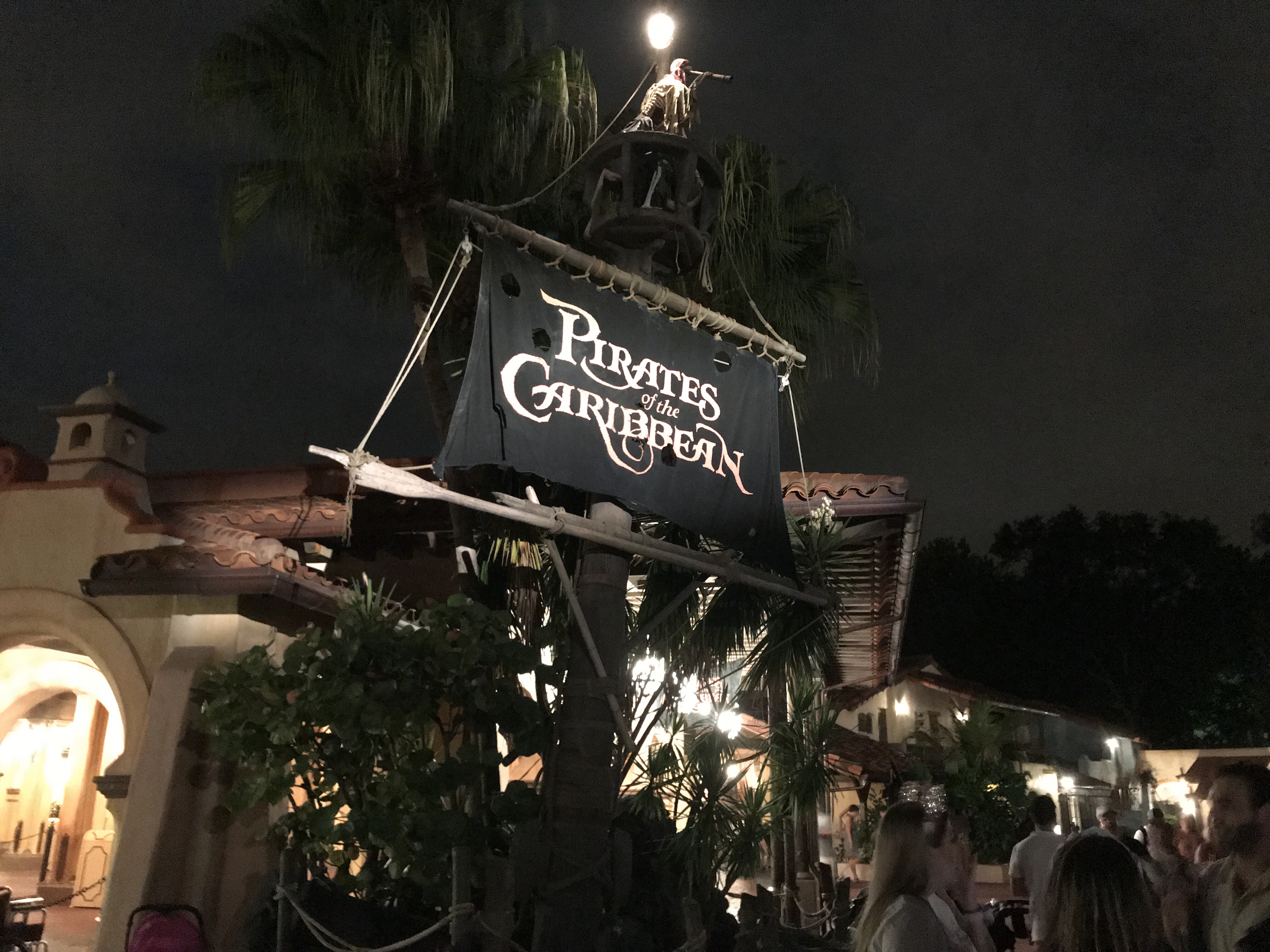 Dad wasn’t there. After waiting a while, the Mom and daughter headed to lost and found, keeping a eye out for Dad as they walk through the darkness of the park. It was 8:45.

In lost & found, the daughter was losing her cool because there was a baby crying. Thankfully, the smart Mama had noise canceling headphones for her. A message was left for Dad, just in case, then Mom & daughter headed for the bus to go back to the resort. 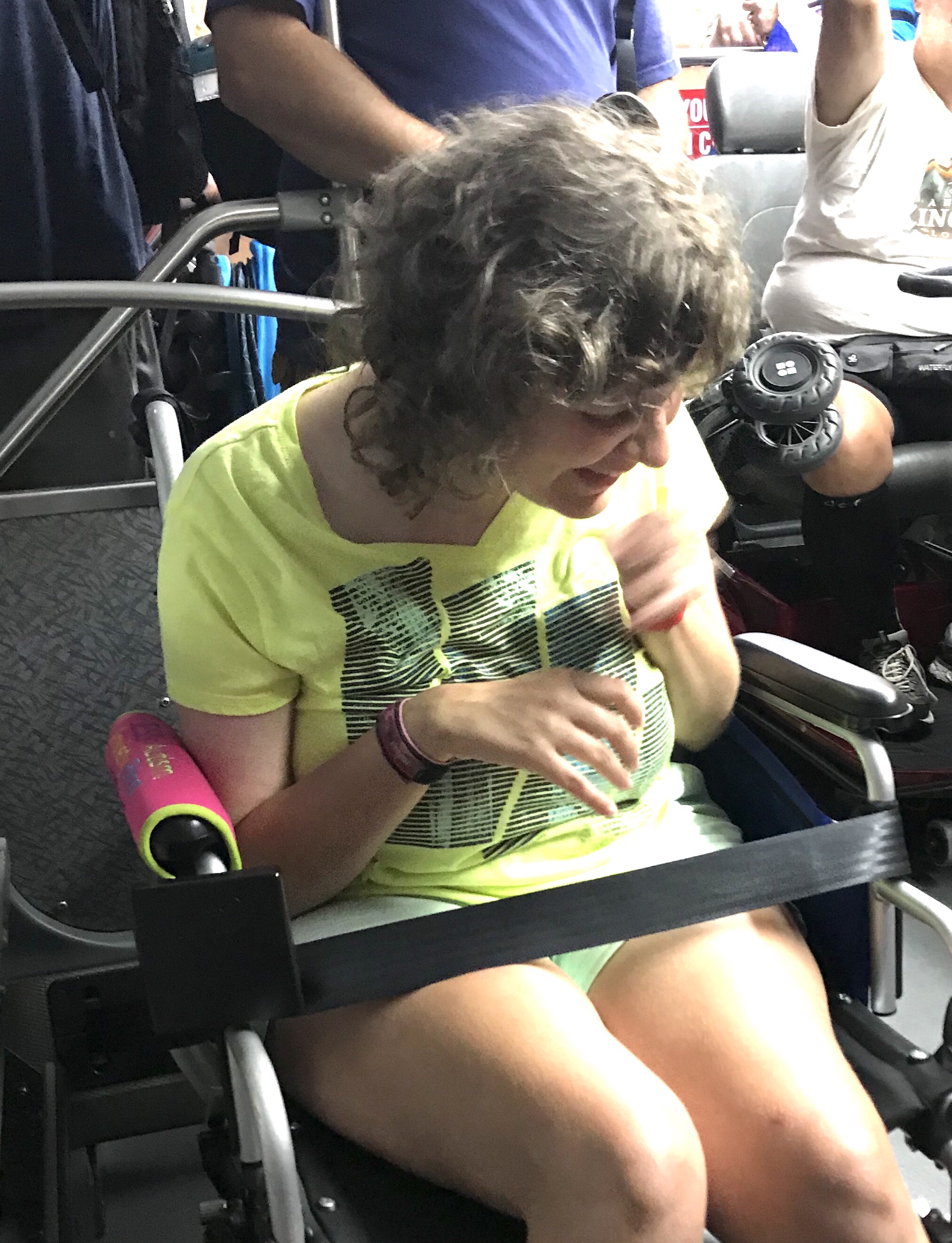 On the way to the bus stop, daughter asked Mom if Dad suddenly died or something. Mom assured her that he did not.

They waited in line for the bus for about 15 hours. Dad finally caught up. Silly Dad. He said he had not been able to get back because of the masses packed in for the show.

I bet that Dad learned a lesson about keeping his phone with him.