Uncertainty, Fear, Protectiveness = Uneasiness –> Does that stop attempts at progress?

For several years before middle school ended, Jessica’s mantra had been: “I want to live on my own,” and, “I want to move far far away.”

When Jess was 5, our family read Grammy award winner Ronnie Milsap’s book, Almost Like a Song, where he explained why it was good experience to go to a school dedicated to his disability. Since Jess had made progress towards reading and progress with self-help skills, we gave Jess the option to go to a residential school for the blind. As part of our ongoing journey to unlock her potential, we thought, “maybe this next opportunity will be the key.” One of our main hopes was that she could learn independent living skills from being away from home.

Because SHE wanted to go, we scheduled a tour. It was a nice organized K-12 campus. The school also offered organized sports, including track. The set up included a rope system for the students to hold onto as a guide. There was a very nice PE building that included an indoor swimming pool (which scared Jessica for some reason,) they had music programs, prom, etc. Nearby were a few retail stores and a fast food restaurant within walking distance.

There was on-campus housing for students during the week, then campus closed on weekends and all students went home each Friday. ‘Housing’ consisted of cottages that were divided by age groups and gender. Each cottage had multiple house parents; some were there during the day, and one stayed overnight. Travel from the cottages to the education building was about a 2-minute walk.

Because of Jessica’s academic levels, she would be placed in the self-contained class for the Moderately Intellectually Disabled. That class had a system of vocational training that gradually built up to increased skills and Independence. The goal was to eventually transition those skills outside of the classroom into real world situations.

After our tour, Jessica was enthusiastic about proceeding with the plan to attend school there, so we scheduled the necessary meetings and evaluations.

I remember having that old familiar feeling that Jess would not fit in that class, but probably not elsewhere either. I think the main factor that often kept her from fitting in was her communication style. Hers was different. From everyone’s.

Regarding uneasy feelings: I can reflect back to many situations where we had some uneasy feelings about directions we went in and decisions we made. For a very long time, I questioned myself about why we did not listen to our gut more? What led us to proceed forward with things that left us feeling so uneasy?

I think it boils down to not truly knowing what our own expectations should be. In Jessica’s earliest years, I argued and advocated she had more intelligence than she was getting credit for. She had an impressive vocabulary, and used it … all the time. If you paid attention, she was quite intuitive and perceptive. However, it was a fact that she had not kept up academically, socially, and otherwise.

I think what continually threw us off and left us with that lingering uneasy feeling was our inability to find a place where Jess fit in. Where was the place where there were other kids like Jessica? I THINK that uneasiness might have been a feeling of trying to be ok with accepting things that were beneath our expectations, trying to convince ourselves that what we saw in front of us was what our expectations should be.

But that was confusing. Why would we lower our expectations? We didn’t. We just tried (and often failed) to have a positive attitude with the options we were given.

I also think that part of that uneasiness was fear: fear of Jessica being misunderstood by people around her who did not know her. She was a beautiful little girl. She was talkative, spoke well, and looked “normal.” For a stranger, or someone new to Jessica’s world, it would be easy to look at her and expect certain things, then misinterpret what happened next, or what came out of her mouth next. That fear of her being misunderstood led to another ingredient in the uneasy feeling. Protectiveness.

But, hey, most of those people we worried about were professionals, right? Many of those we worried about misunderstanding Jess were trained and had extensive experience with students with multiple disabilities, right? How did we know? They assured us time and time again.

Jess would just be another student. Not an anomaly. 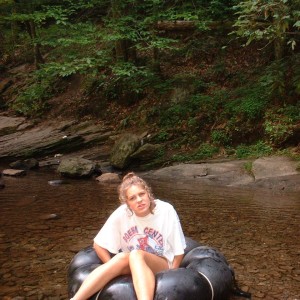 Oh? really? We were hopeful that would be true.