After a dry spell, it finally rained, and on consecutive days. The garden is really happy. 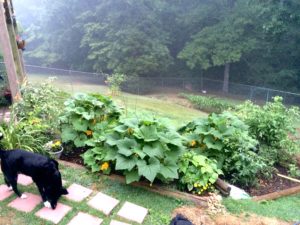 It appears that I am having some success with the squash plants that I am growing vertically. Each plant is full of blooms and squash that may be ready to pick soon. 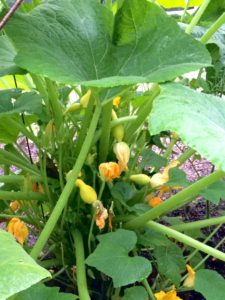 The bush beans got off to a rocky start because of slugs. 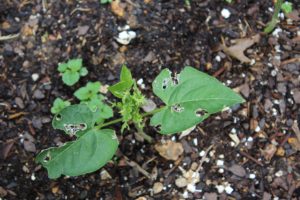 When the plants were young and slugs began eating the leaves, the remedy I used was a mixture of coffee beans and egg shells. I pulverized the two together in my food processor. Then, put a circle of the mixture around each of the bean plants. While I was at it, I put a little around the squash too. 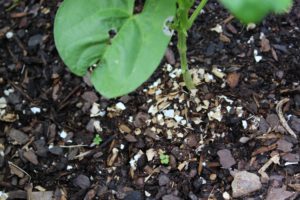 In the picture below, you can see the lower leaves where the slugs did their damage, then all the new growth after the coffee/egg shell mixture. 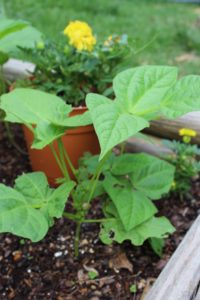 Now, the bush beans are absolutely beautiful, healthy and in full bloom. 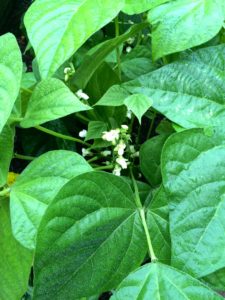 The biggest two of my tomato plants are taller than me, and loaded with tomatoes and blossoms. 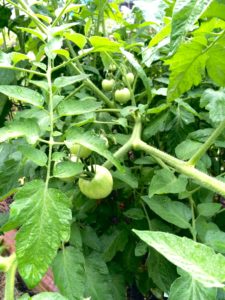 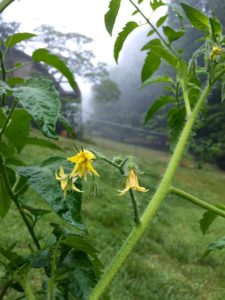 My first attempt at corn is going okay so far.  Hopefully it will continue to be this pretty. 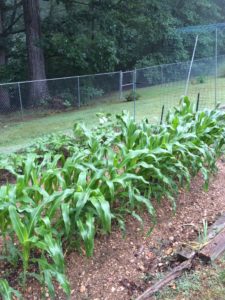 Now I’m just waiting on my favorite, okra, to take a serious growth spurt. After some weeding this morning, I’ll be keeping an eye out for a surge.

Other things I am still waiting on to really take off: 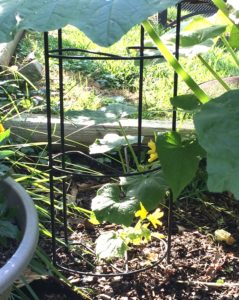 I have some backup cukes planted, but they haven’t had time to take off either. 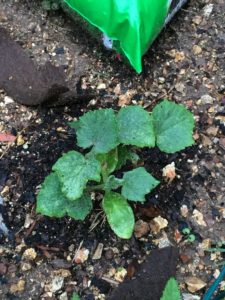 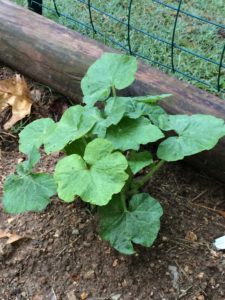