Over the years, I have been asked what Jessica can see. That is a really difficult question to answer for two reasons. First of all, Jessica is not able to explain it to us. Secondly, her cortical vision impairment stems from congenital cortical brain damage rather than from her eyes. 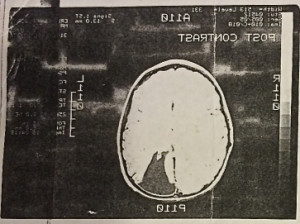 For Jessica, there is a disruption in the nerve pathways that typically go from the eyes to the part of the brain that interprets what is being seen. This type of vision loss is called cortical vision impairment.


Although she can see through her left eye, how her brain interprets what she sees is not  known. Her right eye may have some light perception, but that may be all.

As a young adult, the best description of Jessica’s vision came from an evaluation done when she entered high school. A team conducted a Functional Vision and Media Assessment within the school setting. Using an eye doctor’s report as a starting point, they tested her in her familiar environment at the school and ultimately the process culminated into an excellent report.

Nystagmus – A vision condition in which the eyes make repetitive, uncontrolled movements, often resulting in reduced vision. These involuntary eye movements can occur from side to side, up and down, or in a circular pattern. As a result, both eyes are unable to old steady on objects being viewed.

Nystagmus may be accompanied by unusual head positions and head nodding in an attempt to compensate for the condition.

Hyperopia – Farsightedness. A vision condition in which distant objects are usually seen clearly, but close ones do not come into proper focus.

Large Alternating Esophoria – is a condition characterized by inward deviation of the eye, usually due to extra-ocular muscle imbalance. 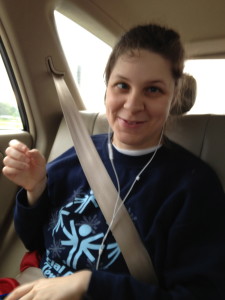 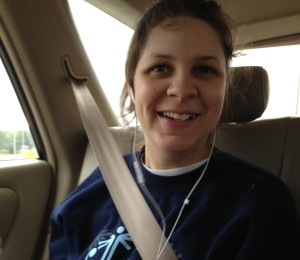 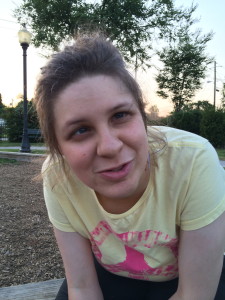 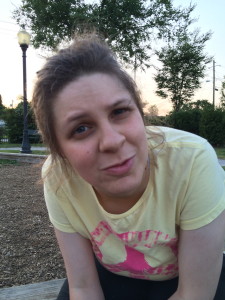 Information from the Functional Vision Assessment 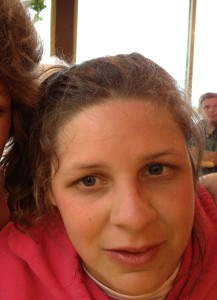 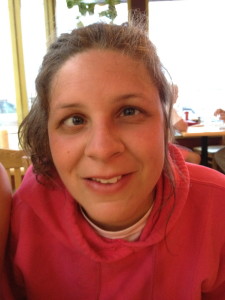 Large alternating esophoria is the tendency of the eyes to turn inward and then back again. This makes objects appear smaller than they are so the child must move the object close to make it larger. Convergence, simultaneous inward movement of eyes toward each other, is not possible when the eyes have significantly different acuities. Jessica tracks with head movement and eyes simultaneously once she becomes aware of the object 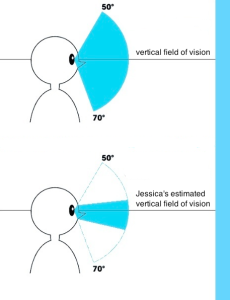 Jessica appears to have visual field limitations. Severe field limitation on the right and minimal attending on the left – about 30 degrees when presented horizontally. Best field – lower quadrant.

Jessica was able to see and name colors and was able to match colors during a vocational and recreational activity.

NEAR ACUITY AND DISCRIMINATION

(affects ability to read and distinguish objects at near and intermediate ranges) – The following objects were recognized:

Jessica can read upper case block letters but did not recognize letters in lower case or in mixed fonts. When presented with different words in block print, all caps, spaced ¼” apart, she could read 18-24 pt type without error. Jessica could read cards presented on the desk, but usually picked up the card, named the letters, then said the word. After reading several words individually, she could read them in a 3 or 5 word sentence (while placed on the desk.)

(affects ability to read and distinguish objects at distances of 20 feet) – The  following were recognized to name:

This functional vision evaluation report, with seemingly random items Jess was reported to have seen, represents the difficulty in identifying her visual capabilities. It is not uncommon to see such varying abilities in someone with a cortical vision impairment.

Currently, we continue to experience variances in visual abilities that leave us shaking our heads some days. Recently, she came into our small kitchen, talked with me for more than just a few minutes, and never saw that someone else was in the kitchen sitting at the table. Then, a few days ago, as we were driving down the road, she spontaneously asked a question about a red car that had just driven past us going in the other direction. That kind of moment still just leaves me shaking my head in wonder.

Edit – This post did not originally include an important reference to the results of Jessica’s Visual Evoked Potential (a test that measures electrical activity in the vision system) that was performed at the age of 12 months. The report stated “Measurable responses to flash stimulation were absent.” A second Visual Evoked Potential performed 5 years later demonstrated the same results due to Jessica’s cortical vision impairment. 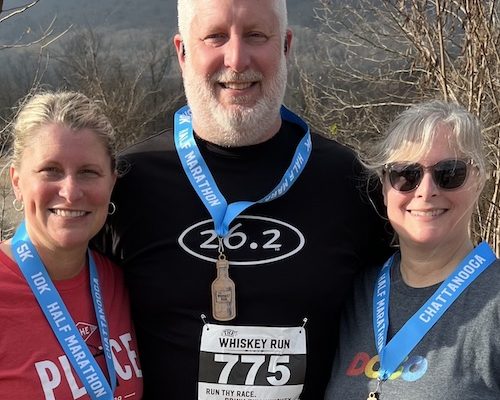