It’s Not About Medicating Autism –

Just like for each and every one of us, what and how much medication is needed, if any, depends on individual health conditions and needs. An important piece of Jessica’s puzzle was figuring out the right combination of meds. We have been very lucky that Jess has only needed maintenance meds for seizures and for anxiety.

Synergistic is a word used to describe how the effects of using two different drugs together can be more powerful than the sum of the two combined. That’s why I used synergy to describe the four events that Hannah and I identified as playing a role in Jess becoming more interested in interacting with us and less interested in isolating herself. The first of those events resulted in major stress reduction.  Discovering the Synergy – Part 1 – Autism & Stress

I don’t even remember when Jessica’s anxiety became an issue all by itself. However, over the years it escalated to the point where it interfered not only with daily life, but with achievement itself. Plans, goals, objectives, all thwarted by anxiety.

The purpose of writing and sharing this post, as always, is hoping there is information here to be gleaned by other parents or professionals.

The only routine prescription medication Jessica took as she was growing up was seizure medication. She was diagnosed as having petit mal seizures when she was 5 years old. The doctor told us she was having seizures that were only lasting about 1 or 2 seconds each. However, she was having multiple of those episodes within a minute. He explained how those frequent episodes were interfering with her ability to process what she was hearing, learning, etc.

She came off of her original medication years later and after some complications. Newer generation medications resulted in behavioral side effects including aggression. Consequently, this prevented us from leaving her on them. Eventually, a follow-up EEG determined that her seizures were infrequent and unapparent so she came off of seizure medication for years. 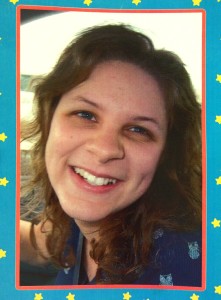 The same scenario played out when she was an older teen. This time I saw the seizures happening. They looked different from they did when she was younger. We confirmed the seizures with an EEG and then followed that with seizure medication. Like years earlier, the newer generation medication that was prescribed caused side effects including aggression. I was unwilling to leave her on that medication and watch her become someone she was not. We went back to using the older generation medication that originally worked well (but it had a higher risk of causing liver problems.) Time passed and a recheck EEG showed no obvious seizure activity. She went back off of the seizure medication.

Jess went to a cardiologist who had the pleasure of witnessing Jessica’s extreme anxiety first hand. He was not able to complete all the testing he wanted to do because of her meltdown at the appointment. He had me monitor her blood pressure at home for a period of time to determine if the elevated blood pressure was a chronic issue or just periodic.

ANXIETY LED TO FAILURES AND ISOLATION

Anxiety was a major contributor to multiple failures during a critical time frame: her last few years of transition planning and aging out. The anxiety continued to escalate even after Jess aged out of the education system. Quite literally, it interfered with the following:

Anxiety became constant and severe, hindering Jessica’s happiness and making us reluctant to take her places. We had to always be careful of every word we said, every conversation topic whether we were at home or elsewhere. We could control what we talked about and what words we used, but we couldn’t control what was said by others when we were not at home.

WHAT TOOK SO LONG?

My mom used to frequently say that she wished Jess could be on medication for anxiety. I often wonder why we didn’t try medication with Jess sooner than we did or at a higher dose than we did for a long time. Maybe it was because I wanted the need to be temporary, not long-term. I worried about meds changing who she is and I worried about long-term effects.

Part of the delay was probably related to me knowing that other people, including professionals, didn’t have a clue of what it was like to live with Jessica and her anxiety on a day-to-day basis. Outsiders only saw snippets. Only close family members and a few friends really knew.

Then, I remember that I asked a doctor about it long ago and was told that it probably wouldn’t help. The logic was that the issue was all part of her autism, not a separate thing. I believed that logic for a very long time.

Would medicating for anxiety sooner have made a difference in the outcome of her education and vocational training? Who knows? Maybe, maybe not, but I do wish we had tried sooner than we did.

Jess has been on the same medication that the cardiologist prescribed ever since he started her on it. Maintenance and dosing was shifted to her primary-care doctor.

I waited a long time but finally asked if her dose could be increased after I realized that she was still having too many episodes of severe anxiety. Time passed and her anxiety levels were still high. I asked her doctor if we could try increasing the dose to the next level. We never rushed the increases and it was years before we reached a max dose with that particular medication.

When I quit my nursing job to stay home with Jess, she was still experiencing serious episodes of anxiety. I had hoped that with me being home it would help with some of the anxiety she was experiencing. However, her anxiety was still having a strong impact on her and our daily lives.

The last time I called to see if we could try another dose increase was in the last year or so. That was when I learned Jessica’s dosage was maxed out. So, we added a second anxiety medication. Contrary to my original reluctance to starting an anxiety med, this time I was completely ready even though it meant adding a medication.

We seem to have the right balance of meds now and we have seen drastic improvement.

It was this addition of medication that made a major difference in the frequency and intensity of her anxiety. When she has anxiety now, she handles it better. She is calmer and can be settled easier than in the past.

This, in combination with the other three events that I am describing as part of the synergy, has enabled her to engage more and isolate less. It’s hard to even put an adequate description on the overall difference it has made in our lives, but believe me when I say that it is a daily difference and it is significant.

NOTE:  As of the writing of this post, she takes 4 pills a day.; two of each kind of medicine, one pill in the morning and three at night. She swallows them without difficulty or argument because she understands that they help her. When she misses a dose (it happens) we can tell a difference. It is a big motivator me to make sure everyone that helps care for her understands the importance of each dose.