Our version of Modified Mainstream

The post, To Braille or Not to Braille, addresses events up to the school year 1996. Later that year, we ended up trying a slightly different approach. Instead of Jess spending the majority of her day with vision services, she spent it in the MOID classroom. The teacher in that classroom knew Jess pretty well because a few years prior to that, she was Jessica’s speech teacher. Jess still got vision services, but it was more on a consultation basis. The next school year is basically a blur to me because I also had a 3-year-old and a 5 year, and we had moved to accommodate our growing family.

When Jess had first started school in 1991, she went to the elementary school in our zone. The next year, she had moved to an elementary school on the other side of the county because that is where the pre-school special ed class was located. By the beginning of the 1997 school year, Jessica’s baby sister was in pre-school, and brother was attending elementary school. I wanted at least two of them in the same school. Our school system gladly worked with us on transitioning Jessica to our zoned school.

We were very excited about moving Jess. The school she was going to was the same elementary school that my Grandfather, Father, and I attended. We were glad that this school did not have a self-

contained special ed class for her to be a part of.

Instead, Jess had a regular ed homeroom that was her base class in which to do non-academic things, such as P.E., lunch, recess, etc., with regular ed peers. During academic portions of the day, she went to a resource class to work on her goals. She had her own parapro who stayed with her throughout the day to make it all work. The parapro was very dedicated to Jess and worked with her diligently every day. All the teachers and staff were wonderful and seemed genuinely happy to have Jess there. She had a great school year and loved all the people who worked with her. She also made some acquaintances along the way, and I still occasionally have people her age come up to me and tell me they 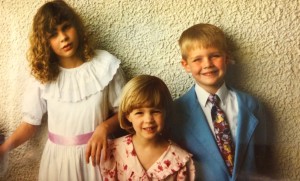 remember her from her being a part of their class. 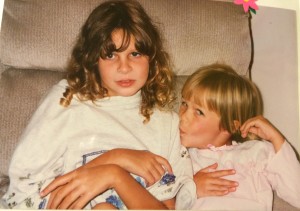 making contrary comments. Some days are described with episodes of inconsolable crying. That year we tried some different medications to potentially help her concentrate, and also some different seizure medications. It seemed that with each we tried, it coincided with some negative behavior changes. Eventually, I think we eliminated all meds.

The school was great though. They really took a team approach to helping Jess. Including even the principal and assistant principal taking her for walks around the track to help her settle. They all loved Jess and I feel sure the year had more good than bad, there was just a lot more bad than there had been in previous years. 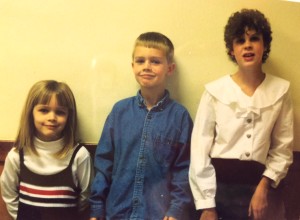 When our time at the elementary school was up, we were quite sad about it. Moving on to Middle School was such a gigantic and frightening move. But, at our last meeting of the school year, we met the wonderful woman who would become Jessica’s parapro for the next five years. It was the second time we met a parapro that would become a friend for life!

Next:  Transition To Middle School