Sometimes, the sadness creeps in like a cobweb gradually being built in a dark corner. It is not noticeable until the lighting is just right, and then it can be swept away with a broom. Other times, the sadness is like walking into a giant spiderweb that was spun overnight. Suddenly, the web is enveloping, harder to clean off because it is intricate and sticky. 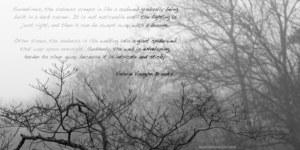 For years, I had been sweeping away those cobwebs. The previous three years had been especially challenging due to Hannah’s illness. Then, when Jess had her prized possession and lifeline pried away from her by her new teacher, a switch flipped. I had every reason to be infuriated. (Routines, Prized Possessions, and Violations)

I did get mad, but even more so, I got deeply sad. 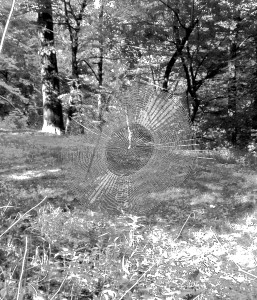 Not a mournful sadness but a defeated and flat kind of sadness. The overnight sticky spiderweb kind of sadness. A helpless feeling from the cycle of trying to make things work, followed by continued failures. All of the time and effort put into making this latest transition a smooth and happy one had been a complete and utter waste.

Massive disappointment would only begin to describe how I felt. The school had been given every piece of information and resource they needed to create a successful plan. (Surviving The Waiting List)  How could they miss how emphatically we said for this to work she HAD to be with the right teacher and get off to a good start? How had they not understood the dire importance of communicating with the teacher she was placed with?

I am ‘just’ a parent and this would not be the first time my input was dismissed. However, this time had not been ‘just’ a parent. There was also a professional with 40 years experience, who had taught Jess for four years, outlining the necessary ingredients for classroom success. Why was that dismissed?

Jessica’s uniqueness was completely underestimated once again. Could it be as simple as showing people a picture to demonstrate the origin of Jessica’s cortical vision loss and autism? Maybe all these years I should have carried a wallet size picture of the CT Scan of her brain so I could emphasize, “See that empty area there? Where that section of her brain is MISSING?” (Blind Forevermore)

That is why she is blind.

That is probably why she is autistic.

Yet, here she is, walking, talking, curious, interacting, and intensely perceptive.

All of that combined is what makes her unique.

During planning the staff had been nice, kind, and caring. Every step of the way until after Jessica’s second day of school, when I contacted them with questions or concerns, there were sincere responses including apologies and assurances that they were going to make it work. (A New Beginning – Again)

However, it seemed to have stopped there. There was no follow-through. No transition from making a plan to putting the plan into action. None of their teachers were involved in the planning. It was like they were two entirely different entities 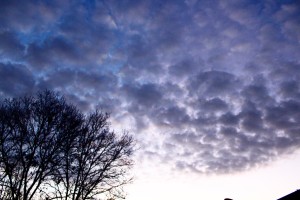 It is necessary to pull that spiderweb off and boldly move forward without fear of running into another.

It was not time to give up trying. There was no time nor energy to be wasted on being mad about the phone incident. The quest for solutions was bigger than one person.  As the head of household and a one income family, I had to work. For me to continue my nursing career, I needed a long-term solution and had to strategize with the school. Finding success was the only solution still available. The school staff assured me they were committed to finding the right fit for Jessica.

The traumatic morning of the phone incident was a Friday. That afternoon, Jess visited a classroom with a veteran teacher who felt like Jess would fit into her class. That evening, I spoke at length with the director, and we discussed many things. His heart was in the right place. He was sincerely trying. We made a plan for Jess to start in the new classroom the following Monday.

But there was a problem. A gigantic dilemma. HUGE dilemma. 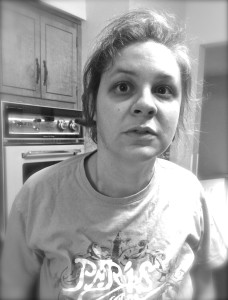 By that time, Jessica was extra fragile and insecure. Not only was she transitioning back into a structured program after being out of high school for 5 years, but the first week could not have gone any worse. The second week was going to be like starting over again. She would be facing a new class, new teacher, new helpers and new peers. A whole new group of people who would have to get used to Jess.

On top of all of that, I would be 100% disrupting her routine by being gone. As part of my new job, I was scheduled to be out-of-town for mandatory 3-day training from Sunday evening until Wednesday night. Not only gone, but I would be out of reach all day for three days. Big deal? YES!!

I am her rock, understanding her like no other.

I am her security, able to calm and soothe her like no other.

I am her interpreter.

What about my work? Could I explain it? Could I ask for an exception? They had known me for only four months. Would there be ANY way that I could covey to them the extremely unfortunate timing of the combination of my job change, Jessica getting her waiver, the school dragging their feet until the timing of her start coincided with my needing to travel, and then the extreme trauma of week one? Could they understand this was an event we had been waiting on for two years?

Would there by ANY way they could grasp the long-term importance of making this transition successful for Jess and work with me on an alternative plan?