This life has tried to tear me down one little heartbreak at a time, but I never let it. This is how I became such a strong person.

I want to better demonstrate why it mattered so much that we did not get the autism diagnosis early on. After hearing autism mentioned during an assessment, we had an evaluation done by Team Evaluation Center November 1991 through February 1992. Jessica was 4-years-old. Below are some findings pulled from the assessments… 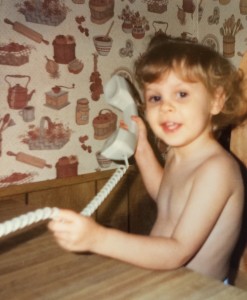 required more visual skills than she appears to have. During another assessment there were several skills she was unable to complete because she had not yet been exposed to Braille-type activities. Her lowest scoring area was socialization. There were multiple references to her short attention span and inability to sit and complete activities, but it was noted that she would play with a phone cord for 5-10 minutes.

SPEECH LANGUAGE ASSESSMENT  – Articulation is very age appropriate. Speech and voice quality is good and fluency of speech was within normal limits. However, receptive and expressive language skills measured significantly below chronological age. There is evidence of ongoing pronoun reversal. She had significant difficulty responding to basic question forms and maintaining topic of conversation. Obvious attentional difficulties. 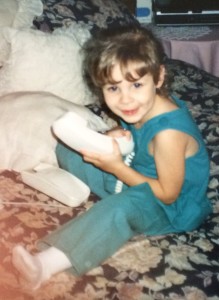 CLINICAL-PSYCHOLOGICAL ASSESSMENT – This one is the kicker. Maybe this clinician was from another planet or something. After one session she noted that Jess did not demonstrate significant impairment in reciprocal social interaction, communication, or have odd activities and interests to warrant a diagnosis of autism. She also said that Jess was not significantly distractible, impulsive, or physically restless enough to diagnose with ADHD. Maybe she decided to completely disregard the other team members’ assessment. Maybe she forgot to read them or did not want to read them. But in essence, in her five-page report she made claims to the opposite of everything every other assessment Jess had ever had. Final word on autism? The Childhood Autism Rating Scale (CARS) – “Did NOT reflect significant impairment indicative of autism.” Ugh! Diagnosis? Developmental Disorder NOS

We, Jessica’s family, always knew her to be extremely perceptive/smart and knew how to converse and communicate with her. As a family, we understood her personality and her quirks. As we entered the school system, it became apparent that others did not understand those things.

As I explained in The Beginning and Blind Forevermore, Jessica had Cortical Blindness (aka CVI). Following is a brief review of her visual function as of 08/13/1992. You will later see why this is important for this story… 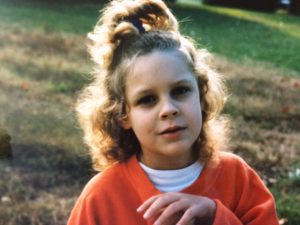 Fast forward 2 years to September 1994. Standardized testing was done at school to determine the most appropriate placement. The tests administered were for visually functioning children. When the examiner told me the results, I was floored. Jess tested at the level of Moderately Intellectually Impaired. It was truly devastating and we totally disagreed.

We asked if  any accommodations were made for Jessica’s vision impairment. The answer was, “No!” We were told they were not allowed to alter the standardized test. Here are examples taken from the report where she was penalized because she was unable to see the test materials.

(I wonder if any of that had anything to do with the fact that this woman kept asking this blind child to look at pictures over and over again.)

Other things in the report:

The bottom line was that the school system now had an appropriate placement for her because their test said so. She was to be in the Moderately Intellectually Disabled class. She would be bored and under stimulated. And that label would be stuck with her for the rest of her school career. Belief in her abilities would diminish, expectations would be lowered, and she would be offered less opportunity for intellectual growth, development and achievement. I firmly believe that unfair, inappropriate evaluation had a negative impact on Jessica, and the rest of the family, for the rest of her life.

We are very lucky that Jess helps keep us entertained with funny comments all the time. Even after nearly being in tears after reviewing all of this data, I was able to wrap it up with a good laugh from the past. This was my favorite thing to read in the whole report…

Next:  Right to Independent Evaluation