Autism and Decreased Sense of Danger

Jess was an adventurer, always climbing and exploring. Every time I turned around she was inside or on

top of something. Like, standing on the piano keys, sitting on top of her folded up high chair, climbing inside a box of toys, or inside a kitchen drawer full of pans. 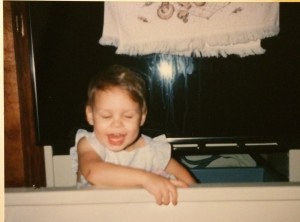 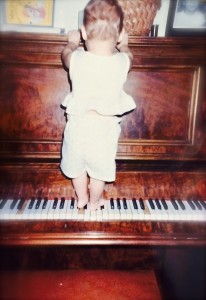 At that young age, Jess had not yet been diagnosed as autistic. Research and literature points to the fact that children with Autism have a decreased awareness of danger. This  informative article from the Huffington Post describes Dangers Of Children With Autism Wandering. The August 2013 article discusses the fascination that many autistic children have with water and reveals the many tragedies of autistic children drowning after wandering. Constant vigilance is imperative.

For Jess, water was always a favorite too, whether it was a bath tub, little pool, big pool, stream, puddle, 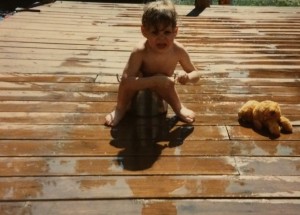 or even a pot of water she could manage to sit in. At 12 months of age, she was so courageous she would stand at the edge of a swimming pool and jump in the water to me. To this day, if water is added into the equation, she is mesmerized for as long as the water will keep running. 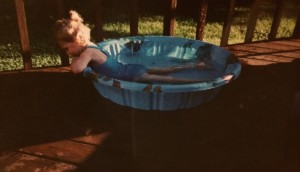 One day several years ago, I came home from work and she had decided to have a “water day” in her bedroom. It began with an accidental spill then grew into a multitude of purposeful spills until her floor was so saturated she could jump and make it splash a little. She was having just a grand ole time with it. When she is really happy, it is hard to get upset with her. Nevertheless, I did have one of my flip out moments. 🙂 Looking back, the whole thing is kind of funny. But also kind of not. 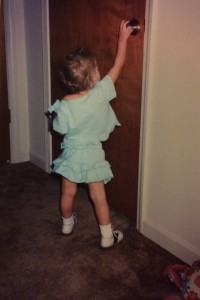 When she was small, another thing she loved doing was closing and opening bedroom and bathroom doors. Repetitively. It seemed constant. Luckily, I found some simple devices like this Finger Pinch Guard from Safety 1st, which comes in a two pack. I got one for almost every door to keep the doors from being shut. They slide onto the doors without any drilling or alterations, and can be put on the side or on the top of the door out of reach. They simply form a soft barrier between the door and frame and help prevent fingers from getting pinched. They were life savers that helped me stay sane. Present time, I can still tell when she has been up and roaming the house during the night because all of the doors will be shut when I get up in the mornings.

Just after the two-year mark, Jess started to Signal Centers whose services focus on disabilities, early intervention and self-sufficiency. She attended two days per week. As with an earlier assessment, Jessica’s language skills were almost on target, although she did a good bit of echolalia throughout the day. Gross motor skills were around a 24 month level, but fine motor skills were estimated at a 56 week level. It was noted on this assessment that Jess engaged in minimal interactions with other children.

No big shocker here, but my busy body explorer “showed some resistance to the structure of the classroom,” specifically, sitting at the table. While at the table she would cry and repeatedly ask for “bear” and say “it’s okay” to try to comfort herself. Actually, she still self comforts by telling herself, “it’s ok,” when she’s upset

Some of her goals included adults modeling appropriate language when echo language was heard, encouraging Jess to participate with decrease crying, encouraging her to sit at the table for up to 10 or 15 minutes, and model correct language such as,” I don’t want to do this,” rather than repetitively saying, “It’s ok.”

Of course, Jess needed to learn to tolerate some structure. But, I think these pictures tell the story of how she felt about sitting in the structured setting at the table. 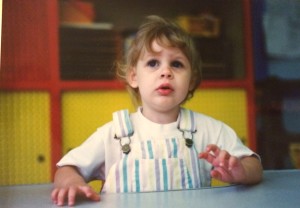 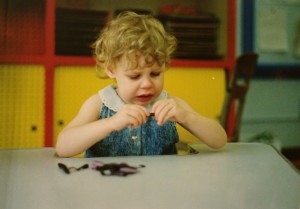 Now, I could be wrong, but I kind of think someone must have let her latest day program borrow this same puzzle this past fall for their structured table time. And I’m pretty sure Jess still felt the same way about being told to sit at a table and do a puzzle. A major difference is, when you’re 27, you can talk back with obvious logic. “No, I don’t want to do the puzzle again because it’s boring,” which, oddly enough, offends the teacher, leading to an altercation on the second day of school. 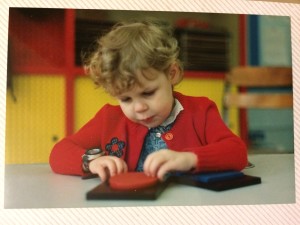 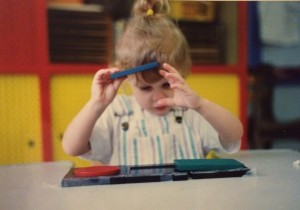 Next: Lobbying for Education