In the words of Hannah, it is probably impossible to emphasize enough how Jessica’s tendency to become overly focused on certain individuals is a serious and often paralyzing issue that we experience daily.

The fear of change as it relates to losing people has been a major obstacle for progress for Jessica. It has been a major impediment to training for employment, not to mention gaining employment. Recently it was a significant factor in Jessica’s inability to adjust to new surroundings at a day center. This issue has become magnified since Jessica’s graduation from high school. Every single day, it is a factor in our home lives. A factor in Jessica’s, Hannah’s and my stress level. Jess worries about everything she overhears on the TV, radio, across a restaurant dining room, etc. Somehow, Jess manages to make all of it a worry that it has something to do with one of her friends. 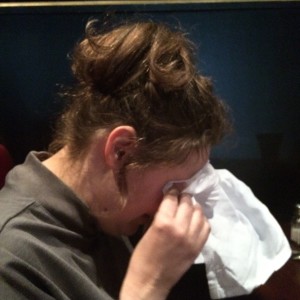 Sometimes I wonder how much effect what happened during high school had on her current issues. Following Jessica’s third week back in school after returning from the school for the blind, I sent a note to the new teacher asking if Jessica was becoming obsessed with a student in her class. At home, Jessica had been frequently talking about the student. Thankfully, I was assured that they were bonding, but that an appropriate friendship was forming.

After school on Monday, the fifth week of school, there was a note that Jessica’s new friend had moved away with no prior notice. Jessica was very sad about it, crying at school, then at home several times during the evening. The next morning, as she got ready for school, she was on the verge of tears again. She made it through the school day, and told her teacher she was getting better about her new friend being gone.

Much to our surprise, at the end of October, we found out on a Monday that the long-lost friend would be returning to class the very next day. Jessica was thrilled. True enough, the following day, the friend was back and they re-bonded.  That week Jess helped her friend feel comfortable in her surroundings again. 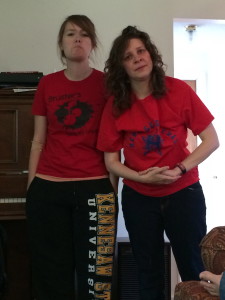 The next time her friend was absent from school, Jess was quite upset and decided all on her own that her friend must have moved away again. She had not, but from then on, every time her friend was absent, Jessica was convinced that she had moved away again. In the next several years that followed, that same friend moved away and moved back at least one other time, if not more. Each time that happened, to Jessica, it reinforced her fear that someone being absent meant they might not ever come back. It reinforced her fear that when things change, people are gone from her life.

Also, sometime during those same several years, Jessica lost her favorite friend, Christine, who passed away suddenly one day. Jess was devastated. Also during those years, we lost two of my Grandparents, who had both been a big part of Jessica’s life. Those were hard lessons of trying to learn to let go for a such a sweet soft-hearted special girl.

The events that I have described could affect anyone. For Jessica, it added to an already existing tendency to fret and worry about changes, to equate change with bad things happening.

My latest thought on dealing with her constant concern about things she overhears is to attempt to bombard her with information overload, like extra auditory stimulus. I am hoping to accomplish two things. One is to have too much information for her to be able to process. The other being her getting used to constantly hearing a lot of random information to help her grasp that there is a great big world out there that has absolutely nothing to do with her.

Jessica is an expert of skirting all the way around an issue that she is not supposed to discuss so that she can get the information she is seeking regardless. I got tired of playing that game and came up with a plan. I have given her permission to ask one time if something random is about her friend. Since it is because of a completely random (and usually irrational) concern, this new plan involves her getting to ask one time. Once.

The new plan involves a simple dialogue that I designed and we practice.

Jessica – “Is it about ‘insert friend name here’”

Because that means voluntarily giving up that other repetitive reinforcement that she constantly craves so badly.