Cortical Vision Impairment (CVI) is a form of visual impairment that is caused by a brain problem rather than an eye problem. As you can see in this photo, it is not a mystery why Jess has CVI. However, what exactly she is able to see is a visual mystery that remains 30+ years after her diagnosis. Jess cannot tell us what she sees.

Jess has virtually no vision in her right eye, and a limited field of vision in the left eye. We have observed that she cannot distinguish faces. She doesn’t have depth perception. Bigger is not necessarily better. She has almost no peripheral vision. She doesn’t see things above her eye level. Being outside makes it more difficult for her to see.

The Pattern To Her Functional Vision is Unrecognizable

I refer to it as a visual mystery not only because she can’t tell us, but also because her abilities seem inconsistent. Under some circumstances, she can detect movement at a distance. Sometimes she can’t see something as big as a chair, or a person in a room. Then, she can turn around and find a grain of rice on a plate.

About a year or so ago,  I noticed a decline in her functional visual. At first, it was so subtle that I wasn’t sure. Then, as more time passed, it became more noticeable. My mother noticed the same thing. 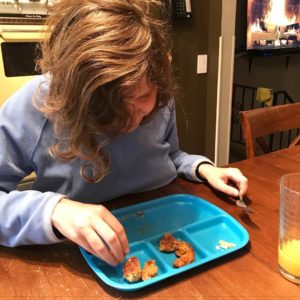 Jess no longer seemed to be able to visually locate her pills in a section on her food tray like she used to. I noticed other things she couldn’t find that previously she could. Then, one day she missed a step on our stairs and nearly fell. It was disheartening.

I made her an appointment for an eye exam, something that is nearly impossible to carry out. However, a couple of days later she reached straight down to her tray and picked up her pills. All of a sudden, her vision seemed to be back to baseline.

Then, this crazy thing happened.

It was truly bizarre considering all things combined. Out of the blue, for no reason, no prompting, not even while having a conversation with her, Jessica walked into the living room toward me and as she got near, she said,

“Why aren’t you wearing your glasses?”

She said it just like that. A direct question to me like a mother would say to her child that wasn’t wearing the new glasses they just purchased. Every single thing about this question was completely out of the ordinary. It’s hard to explain how outside of Jessica’s typical behavior and communication this was. I was blown away. Her conversations almost always revolve around her own schedule, dogs, Disney, or relationships and connections.

So, did she actually see my face and know that I didn’t have my glasses on? 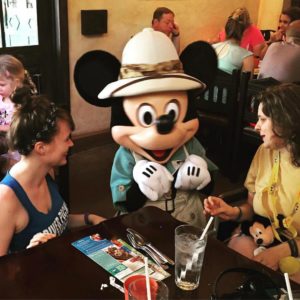 What If It Wasn’t About Her Vision

Could it be that it wasn’t about her vision at all? Was she just finally responding to the last 50 times I said, “Bring it to me to look at, I don’t have my glasses on.” Is she just now getting around to asking me why I don’t wear my glasses sometimes? It is very possible.

With CVI, circumstances like not feeling well, or being tired, can make functional vision fluctuate. Maybe Jess was seeing better because she had been sleeping better. At least I think she’s sleeping more. I couldn’t say for sure because I am sleeping. Far away. In the basement. On the other end of the house. On purpose.

Whatever the prompt was, why did she suddenly ask me this out of the blue? The way she said it to me, while looking at me, as she was moving toward a chair to sit down was as if it was totally legit.

Incidences like this one will keep us guessing forever. That visual mystery will forever remain unsolved. 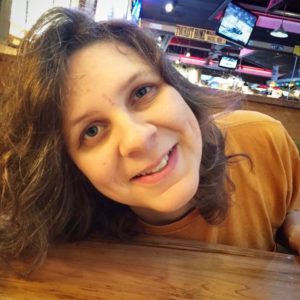