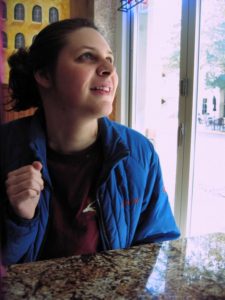 To utilize Jessica’s last years of school in the most productive way possible to best prepare her for employment so she can be a productive citizen.

Jessica’s last four years of school were a whirlwind of meetings, efforts, agencies, job settings, career interest assessments…transition planning. Those four years were full of hope, fear, and anxiety. So much to do, so little time.

WHAT IS TRANSITION PLANNING?

Transition Planning is the process of planning for life once a student graduates from high school. It is a process that shapes decision-making about the student’s desires for adult life. Post-school choices include where an individual will work, live, study, and integrate into the community.

In the second of her last four years, we started meeting with agencies to make preparations for post high school vocational options. We met with representatives from:

Goodwill Industries – Goodwill was on Voc Rehab’s vendor list as a provider of vocational evaluations and work adjustment training.

Habitat International – Stay tuned for an entire post dedicated to this company.

Vocational Rehabilitation Services for People with Disabilities (VR) – We first started meeting with VR in the Fall of 2006, the second of Jessica’s last four years of high school. After applying for services, Jess was deemed eligible. The overall goal for VR clients is to assist them into competitive employment. Before developing a work plan, the first step was to have an evaluation. The purpose of the eval would be to determine if she was capable of competitive employment. I asked the question, what if Jess was categorized as not capable of competitive employment? What then? The answer was, “The case would be closed.”

I knew Jess was capable of working, but she would require very specific training on a specific job site. As an autistic person, one thing Jess does NOT do is generalize. What I wanted was job site specific training during high school so that she would be ready for employment at graduation. That seemed completely logical to me.

Although the evaluation was going to be done while she was a student, the Case Manager (CM) continually referenced that VR job training occurred after graduation. The CM’s main concern about the issue of job training while Jess was a student was about Jessica being counted absent from school. I explained that since the job training was part of Jessica’s IEP, she would not be counted absent. I even compared it to regular ed students that check out of school to go to work as part of their vocational education.

The CM was not convinced and said that it would have to be approved through the special ed department (uh…in an IEP, yeah). Even though the CM had been saying that they did not pay for work training while their clients were students, eventually, the CM stated that VR was paying for student clients to attend Summer work training programs. I pointed out the only difference between that and what 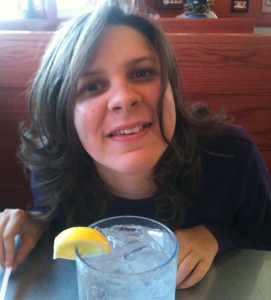 I was suggesting happen during the school year is the time of year. Finally, understanding my point, the CM explored it further and said VR would indeed pay for job training while Jess was a student, but there would be a limitation on how many hours for which they will pay….Ok, how many?

I grew weary of this exhausting and ongoing system of digging for answers and better understanding. So that I could gain a clear understanding of the services provided for qualifying students in the transition planning stage, I called VR customer service and then followed up on a Regional and State level.

Eventually, we learned that if a client is capable of competitive employment, they are obligated to serve that client until the client is successfully placed in a job and stay there for X period of time. I questioned what the limitation was on hours for which they pay, and was told they pay for a certain number of hours for four (4) months. With further probing, I learned that those four months can be repeated as needed, whether at the current place of employment until successful, or at the next place if not. When I asked about when funding ends for a specific client, the answer was never.

Finally, half a year later, I had a clear understanding of the scope of the services VR had to offer Jessica. Why is everything so complicated and takes what seems like forever?

In March of 2007 Jess had her work eval at Goodwill, then in the summer of 2007, the vocational evaluation. We had two years of school left.