There is no school or adult day center in my local community for adults with special needs. However, there is a school in a neighboring state which serves adults and children with intellectual disabilities. The school has been around for a long time and has a good reputation.

I first visited the school a few years before. Jessica’s teacher took me on a tour. Part of the tour included the vocational program. Not only was it the first time I had seen that large of a group of ADULTS with intellectual disabilities, I was also seeing them in a sheltered workshop. I was seeing an extremely broad range of  abilities/disabilities as well as the spectrum of ages. As much as I hate to admit it and feel like it’s a terrible thing, by the time I left the facility, I felt physically ill. My feelings confused me. How could I feel this way? I felt dismay. I was witnessing this from a new perspective. I had gone there to see if it was a place I would ever consider sending Jess. What I was seeing was the very thing I never wanted for Jess. The last resort when nothing else worked out. I selfishly always wanted so much more for her. I wanted something mainstream – something more normal. I never wanted Jess to go to that school. I had always said I would never send her there.

Ugh, that makes me feel like a bad person to even admit that.

May 2012 – Application submitted for Medicaid Waiver. Jessica was put on the “short” waiting list.

July, 2013 – Notified that there was money in the budget and the request for Jessica’s funding had officially been made. It was exciting news that we had been anxiously awaiting. 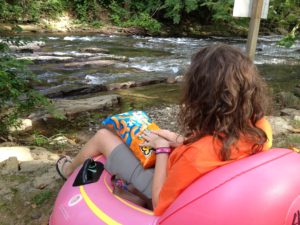 December 2013 – Still waiting, I wrote a letter to the Department of Behavioral Health and Developmental Disabilities begging for help because the availability of my support system was changing.

February 2014 – We were notified that funding was approved and released. Hooray! That actually meant it was time for a few more meetings to get services set up. 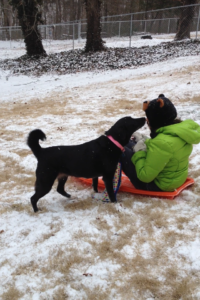 Now that waiver funding had been released and services could be set up, decisions had to be made. Options included choosing an agency (for a group setting) or to self-direct, or a combination of the two. With the lack of available services in our area, choices for a group setting were very limited. During the meetings to decide on a plan, Jessica participated and voiced what she wanted for herself and for her future. She wanted to socialize. She wanted to help others. She was tired of not having structure and wanted to go back to school. Based on her input, the decision was made to allot part of the funding for self-directed services and, reluctantly, part for a group setting.

The group setting – the school I referenced earlier. That was my option. This is what it had come to. I had already changed departments in the hospital where I worked so that I could have a regular schedule. But still, I needed more help than ever. I had a regular work schedule, but it was 5 days a week instead of 3. If I was going to keep my job, we had to make it work at the school. I was attempting to rise above my own fears and my own preconceived ideas of what her future was supposed to be.

What I never wanted for Jess… that was exactly what we were heading for.